Tobacco leaves – Lyrata
The Ficus Lyrata is also called fiddle leaf plant, but is best known as the tobacco plant. The sturdy houseplant is characterized by its large and striking leaves. He loves light and likes to shine in a sunny spot. The tobacco plant also likes a drink, this thirsty plant likes to be in moist soil.

Rubber plant – Elastica
The Ficus Elastica is also called Indian rubber tree. That name does not come out of nowhere, the plant used to be grown on plantations to extract rubber. Nowadays another tree species has been found that produces more rubber, so the plant especially likes to be in our living rooms. In addition to a sunny location, the Ficus Elastica likes small amounts of water, without getting wet feet.

Graceful trunk – Microcarpa
The Ficus Microcarpa is a real eye-catcher thanks to its beautiful, often winding trunk. It is best to purchase the plant in spring or summer, in autumn a new Ficus quickly loses its leaves due to a change in light. The species is often grown in mini format as a bonsai tree. Then it is often called Ginseng, which means carrot in Chinese. 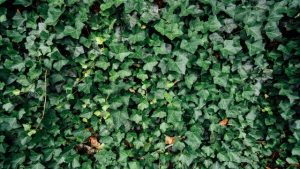 Hedgeplants are a type of plant that is often used to create hedges. Hedgeplants are typically evergreen, meaning they will keep their leaves all year round. This is beneficial for creating a hedge that will provide privacy and noise reduction all year long. There are many different types of hedgeplants, so it is important to […] 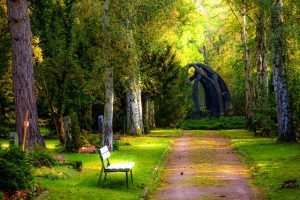 Do you already have a bird garden?

Do you already have a bird garden? Also make a garden for birds. A place where they can find food, shelter and a resting place. Provide bird houses, baths, feeding places, drinking and play areas and/or grass. A safe bird spot belongs in a bird garden Birds also like shrubbery and one or more trees. […]

This black cohosh or Cimicifuga is not well known to many. Wrongly I think, because you have to experience this once. When all summer bloomers have finished flowering, the black cohosh starts. White/pink spikes bloom as if it were spring. You can smell a sweet perfume smell far around the plant. The dark purple foliage […]

Powered by WordPress | WP Magazine by WP Mag Plus